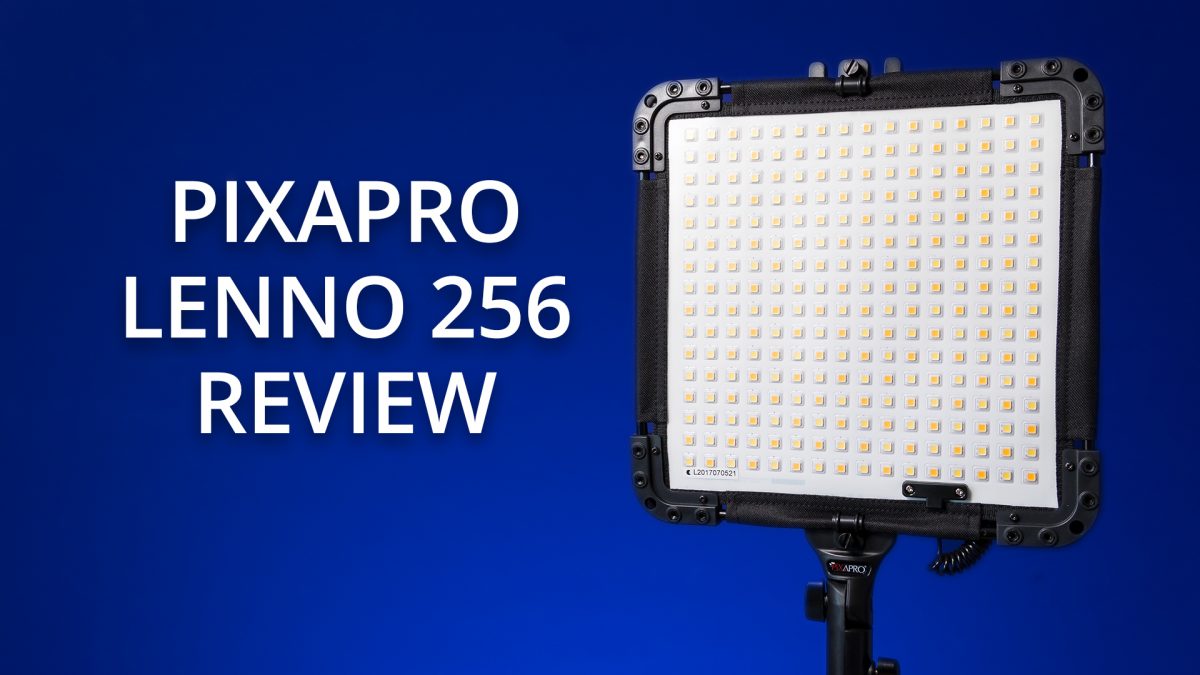 The Lenno 256 from Pixapro is a 40 watt flexible LED panel with a beam angle of 120 degrees, with a CRI of 95 and a TLCI of 97. It comes in both daylight version and bicolour version. 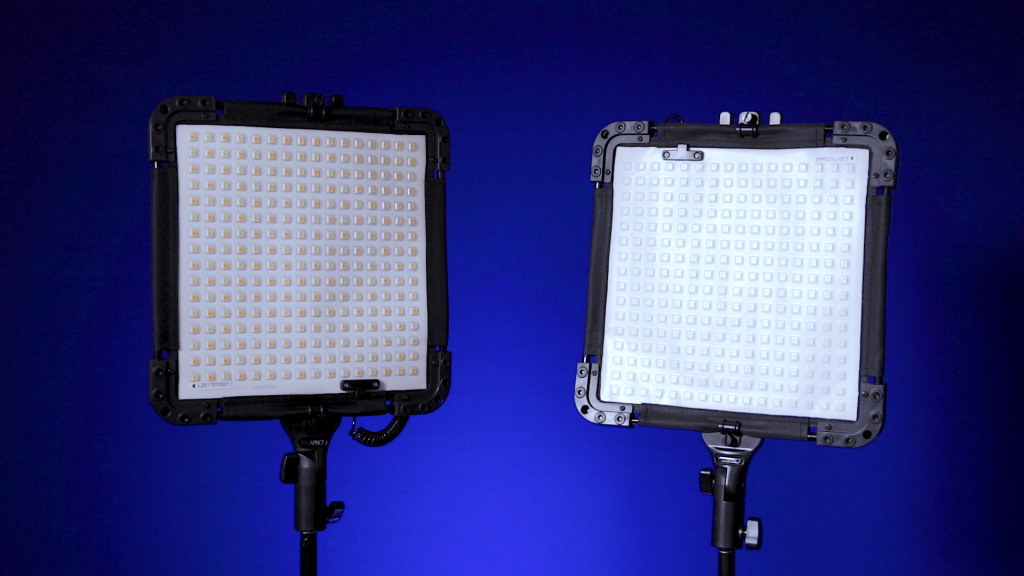 The panel has a detachable control board which is held on by 2 screws and a velcro strip. This means that you can get the panel into situations you wouldn’t be able to get a traditional LED panel into. In fact, with a bit of gaffer tape, this LED panel be placed anywhere. On the back of a door, inside a car or on the shelf of a fridge.

The wireframe allows the panel to be bent into shape and still retain strength and flexibility. 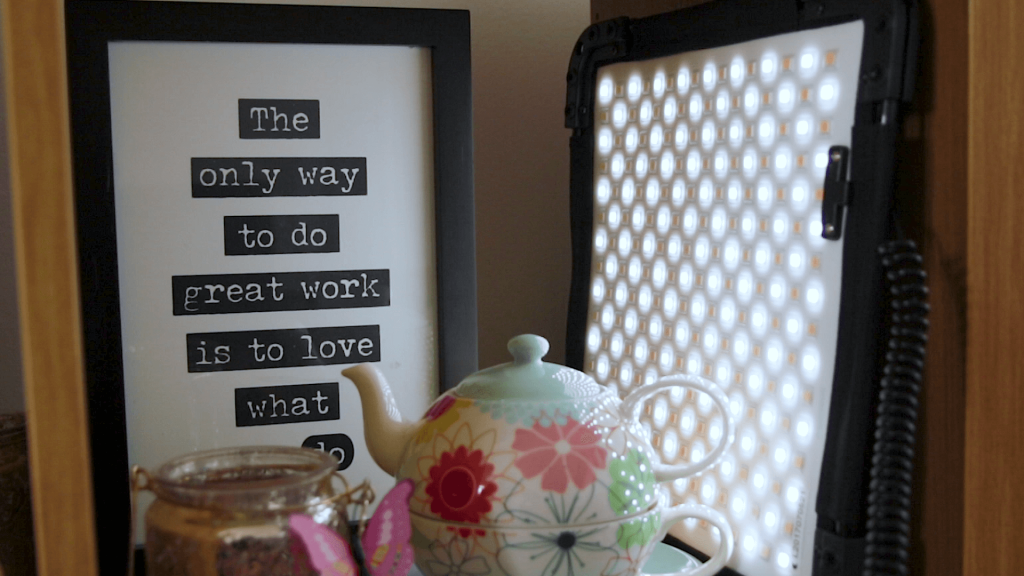 The LED’s themselves are not bulbs as they are on a traditional panel, instead, they are chips. This makes the panel far sturdier and you don’t have the risk of break a bulb. You will still have to deal with multiple shadows but we’ll cover that later.

You have the option of either AC or DC power via Sony NPF batteries and there is the option to purchase a V mount battery plate adapter. The battery option really does make the light extremely portable and run time on full power is over 2 and a half hours. 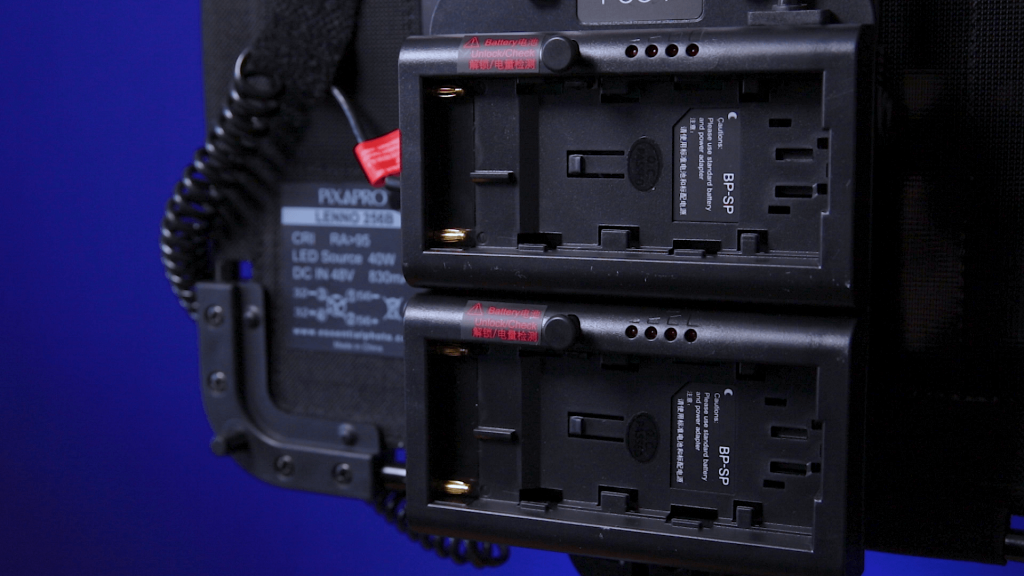 The only niggle that I have with the power options is that the cable which attaches the panel to the control board is quite short so it can’t stray very far from the board. This would have given the light far more options for mounting or hiding amongst a set or location. 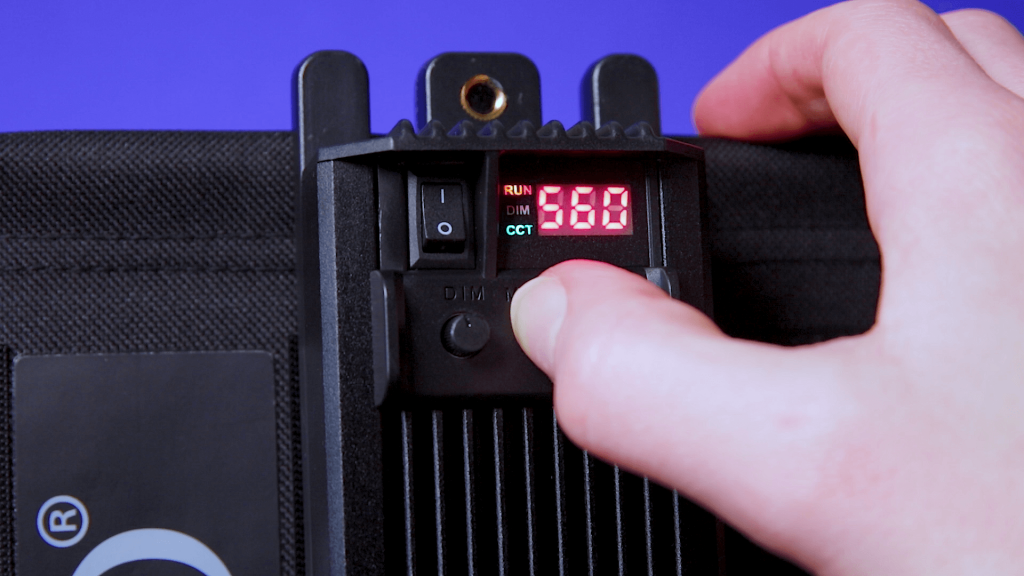 The Lenno 256S and 256B each have a LUX rating of 1660 at 1m. This does mean that it is not the brightest LED on the market for its size. What it lacks in power output it makes up for in colour quality.

With a CRI of 95+, the colour quality of these lights is exceptional and skin tones look natural with no green or magenta cast from either the daylight version of the bicolour version.

The light from these LED panels is quite soft but a bit too harsh for my liking. Without any kind of diffusion on the light, it is not something I would really like to use. There is a softbox option available which is inflatable so as not to add any extra weight but this isn’t something I would like to get for it. Personally, I would use a shoot through scrim or a Lee Filters 216 sheet of diffusion.

I am very interested to get a softbox by Kamerar which looks like it will do the same job as a shoot through scrim without the need to bring a second light stand with me on location.

What’s in the box?

Included with the panel are the AC adapter and a carry case which is very like a laptop case and it can hold all the accessories you need it to. 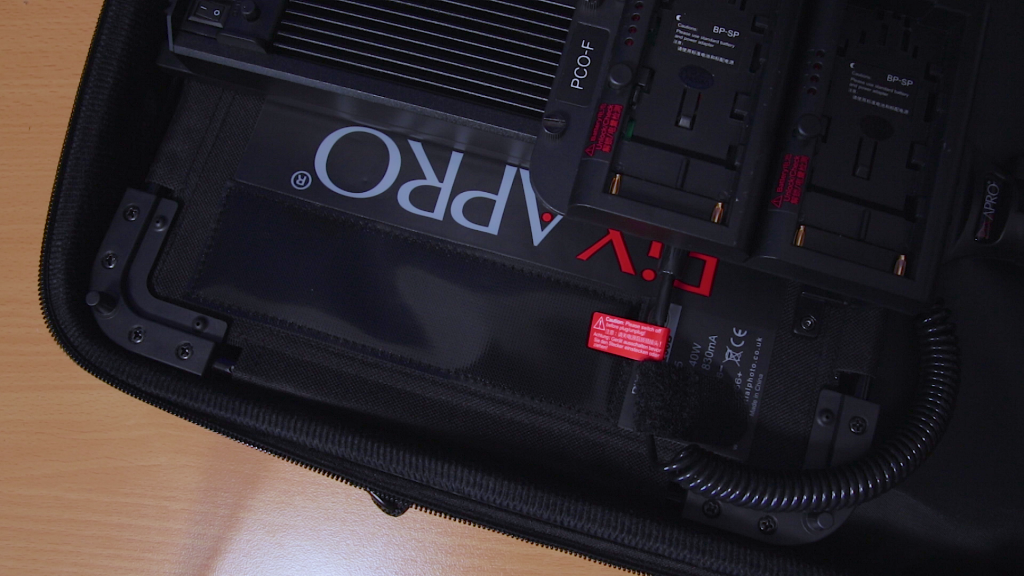 Again, I’m not sure I would use this carry case as I would much prefer to travel with it in my roller bag.

Who is this light for?

I’ve been using the VNIX 1500s panels from Pixapro for well over a year now and they are my primary panels for interview situations. The trouble is they are not very mobile when it comes to shooting at corporate events and I’m often left to rely on my smaller Aputure lights.

The Lenno 256 seems like it was made just for my needs! It’s lightweight, portable, lasts for hours on battery power and folds up easily into my roller bag without me worrying about having to cart around yet another bag. The addition of bicolour is extremely helpful and I can see that version of the light being used to film b roll across office locations as I will be easily able to adjust the colour temperature and match any situation.

If I do have any gripes with the light its the slightly short power cable from the control unit to the panel itself which could have been a lot longer. I like that it’s a coiled cable but its still quite limiting. The controls on the bags are a bit fiddly but there are only a maximum of 3 buttons on the unit (1 if you get the daylight version) so it’s not a huge niggle. It also doesn’t have an umbrella yolk on its stand attachment which would have been handy but then a giant umbrella does negate the purpose of a small portable LED panel.

In a future update to the light panels, there will be a bracket to attach two of them together so that they can form a larger light source.

FULL DISCLAIMER: PIXAPRO SENT ME THESE UNITS FOR REVIEW. THEY HAVE NOT PAID FOR A REVIEW NOR HAD ANY INFLUENCE OVER THE CONTENT ITSELF.