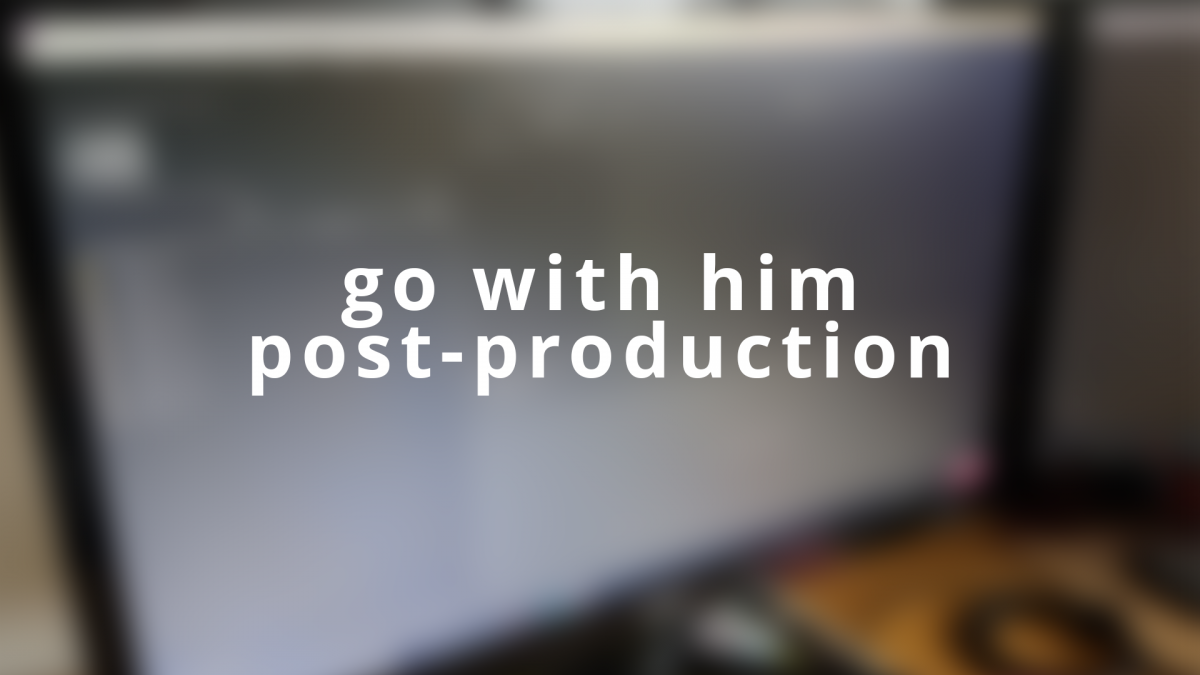 Turning a film around at any given time is always stressful, especially when you are forced to throw out your schedule by 3 months and push up the release date.

Welcome to post-production on ‘Go With Him’. Are you sitting comfortably? Then let’s begin.

Shooting ‘Go With Him’ as I stated in my previous blog about the shoot was really good fun and we got some great footage. I shot on the Canon C100 in Canon Log going into an Atomos Ninja Blade and recorded in ProRes 422. This would be much better than the AVCHD codec and give me much more room in terms of grading.

As I am a paranoid bugger, as soon as the shoot was over I went back to my office and backed up the footage to two separate hard-drives and one copy online. Usually, I stick the AVCHD files online just in case anything happens as they are much smaller. In the whole time I’ve been using the C100 and editing and backing footage up in this way, I have only had to use the AVCHD files once (and it is only two or three shots).

Putting the Film Together

Once I’ve got my files organised on my hard drives and backed up I bring in the ProRes footage into Premiere Pro (version 2017 at the time of writing). Then I break down all of my shots into sequences and synchronise any audio in using Plural Eyes.

What is so much harder to do is construct the beats of the film. Getting the timings right for jokes so that they land correctly. While the film is quintessentially a romance, it started out much more for laughs in the first draft. 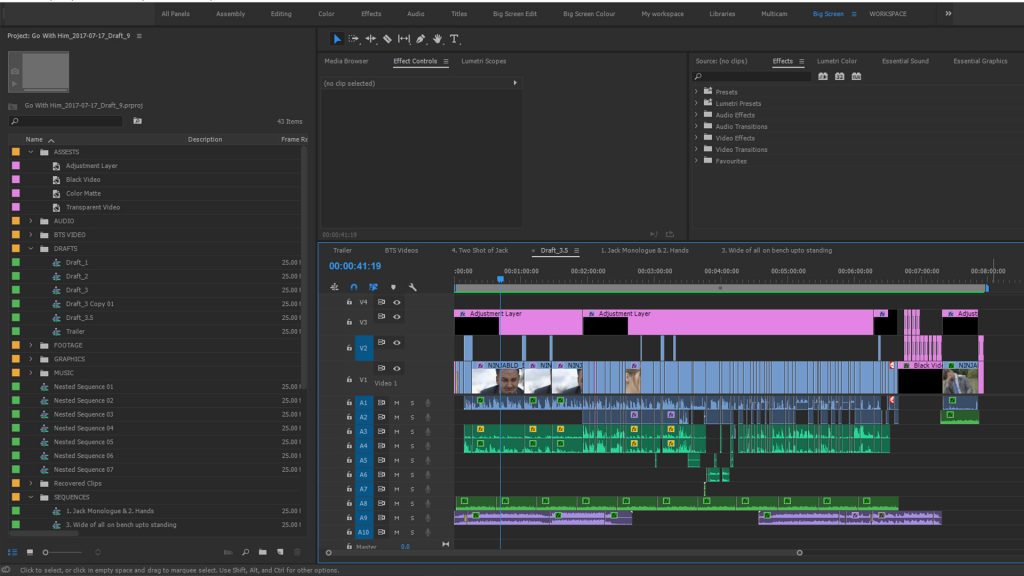 I am a big believer that after putting together the first draft of any film or video, that you should then leave it alone for at least two weeks and then watch it again outside of the edit suite and see if it still works.

I wish I could say I went back to the film after that two weeks but life took over at this point and it was closer to two months before I watched the first draft again.

After watching it again, something about the film wasn’t working for me and I thought we needed to go back and reshoot part of it.

Chris, myself and the cast went through the process of booking a reshoot for the 8th October and plan for a November release.

Then we hit a huge bump in the road that made the reshoot impossible. Not only that but we now had to move up our release date to the first week in October.

I didn’t want to give on the film at all. in fact it made me even more determined to go back and take another crack at the edit. What I discovered is that I had a problem with just one line and its delivery. Just the one line. I went back through the takes of the line and I really liked the performance of the original take I had used so I simply swapped the sound out for an alternate take and it was like magic and the problem was fixed.

Strange what a crisis will do!

After locking the picture down it was time to get rid of the log footage look and bring back the colour.

The first thing I did was add Red Giant Denoiser 3 to get rid of any digital noise that might be there. We were filming pretty much on the native ISO of 850 but there will always be some digital noise present.

I colour corrected the film with Lumetri in Premiere Pro and then added FilmConvert to get rid of the digital look. I also added a very subtle use of Cosmo 2 by Red Giant to get rid of “overly red” skin tones.

I spoke with Chris (the director) about having a very natural look with no harsh contrast. We didn’t want this to look like video with lots of crushed blacks. The idea is that the start of the film is very ambiguous with Jack’s opening monologue and this is reflected so well in the look of the film. 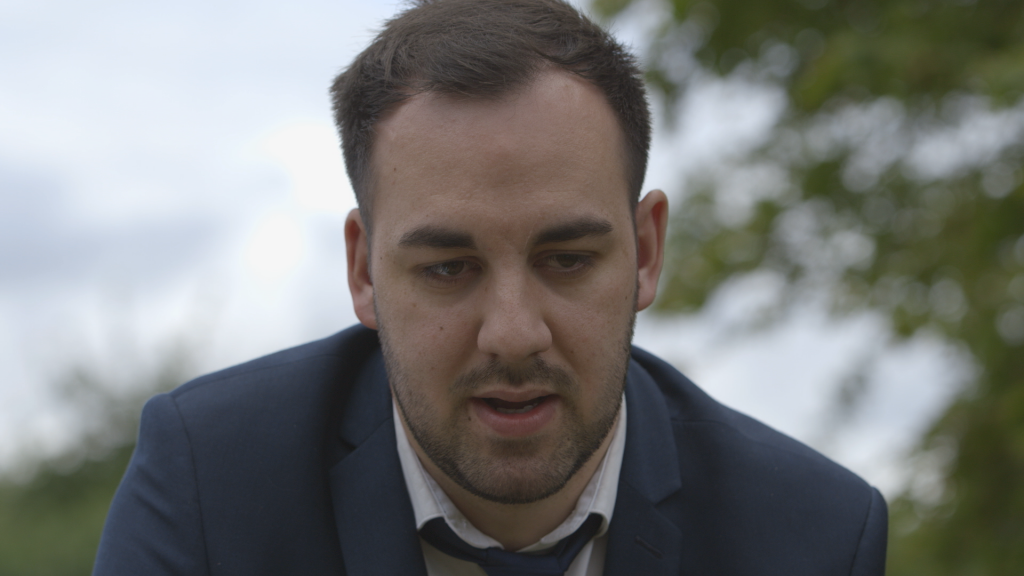 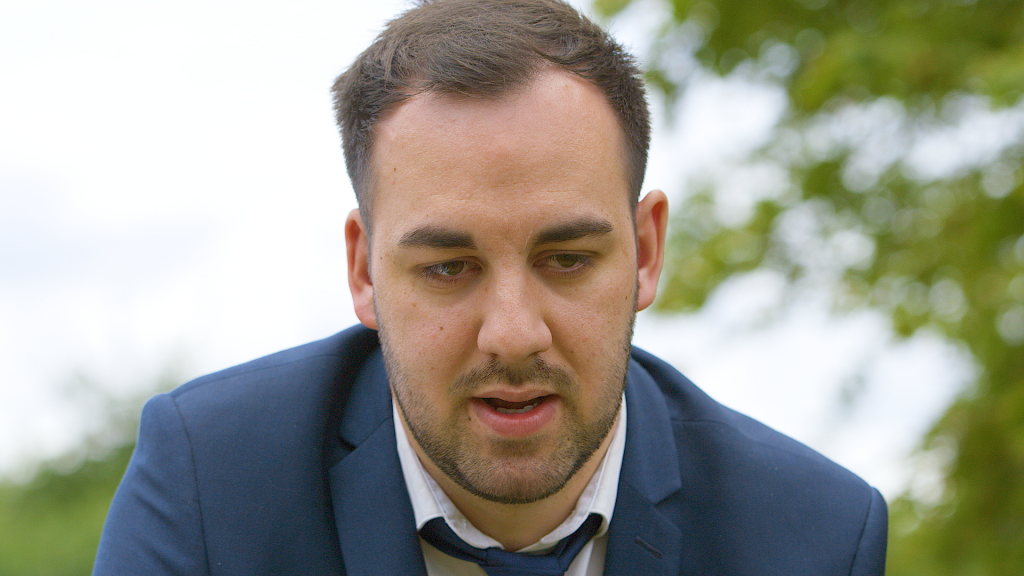 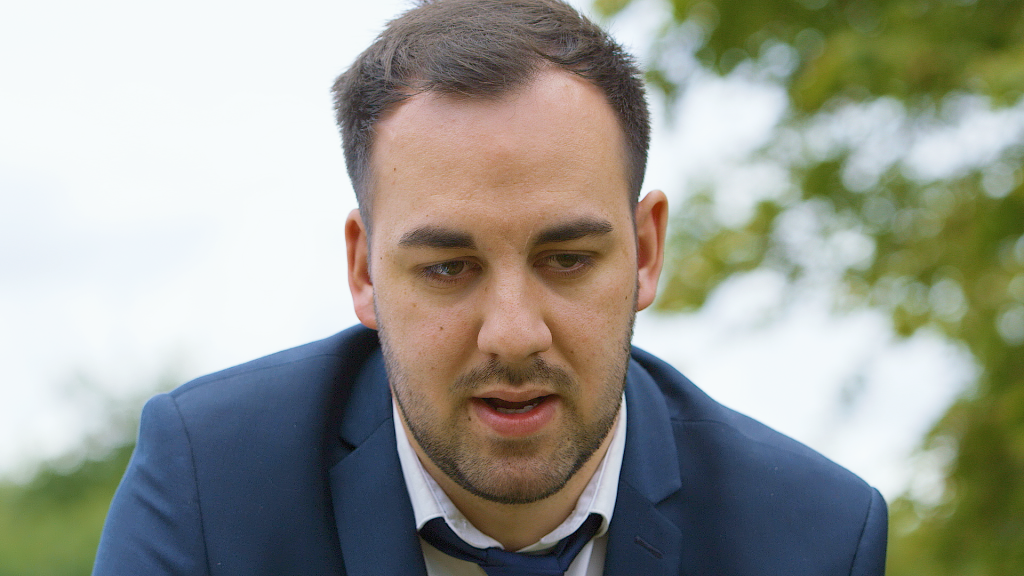 There were some things that I wanted to fix in terms of sound. Listen very closely and in a couple of shots there is a dog barking in the background (admittedly quite muffled but it is still there).

Due to the updated release date, I also didn’t have time to do any foley or re-recording which meant using all the diegetic sound recorded on the day. Now I saved myself some of the headaches by recorded footsteps and room tone whilst I had a spare 15 minutes on set and that really helped smooth out the edit.

Again I did all of my mixing inside of Premiere Pro simply to save time and since Premiere has had an update to its mixing tools, many of which were brought over from Audition.

The score for the film was something I hadn’t considered too deeply other than I wanted to have a score composed for it. After the pushed up release date this became impossible in the time we had left so I turned to my attention to my go-to stock music site for my wedding videos, Soundstripe.

The tracks were ‘Sunrise Pasture‘ by Triads and ‘Feeling For You‘ by Monica Moser.

The two tracks that I found changed the film entirely. They turned it from a comedy into a romance and all the better for it. They gave the film a musical motif and brought out so much of the sympathy and empathy we feel towards the characters. When there were jokes they were made so much funnier because of the awkwardness of them.

It completed the film.

You can read all about how we distributed the film on Facebook rather than YouTube or Vimeo here.

Go With Him: Production

Go With Him: Pre-Production

Cinematography of a Horror Film