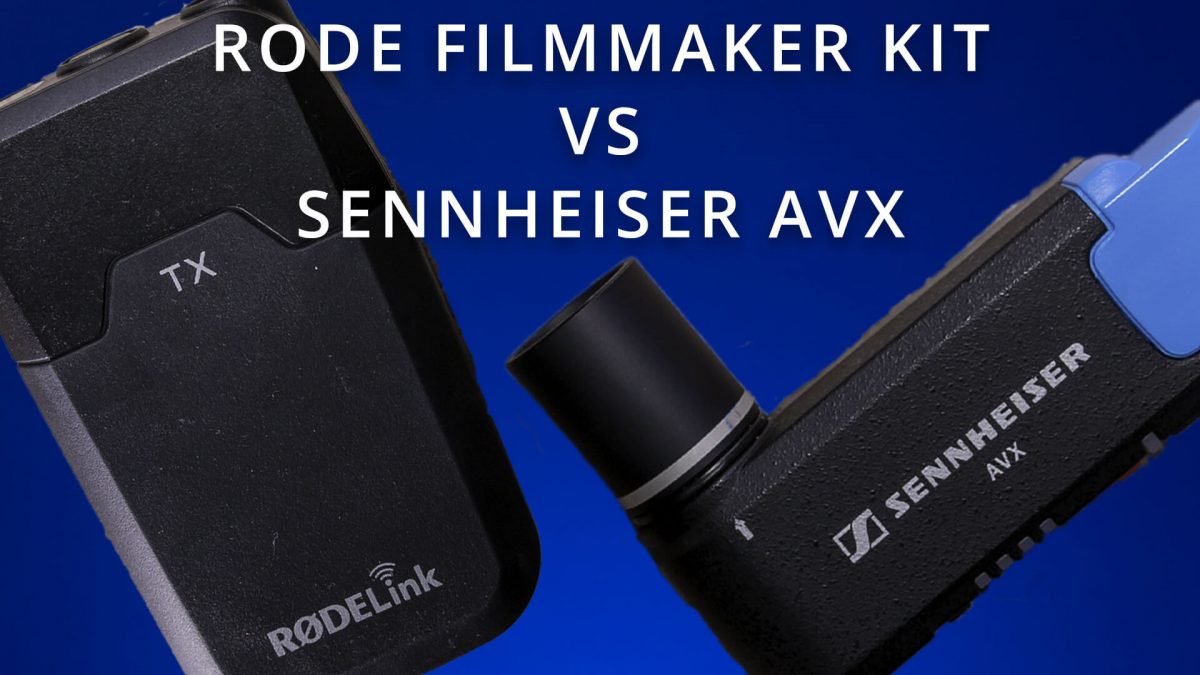 A reliable and affordable wireless microphone system is something that is essential if you are a solo camera operator and need to get good sound on talent, especially if you don’t have an assistant to hold a boom pole or a sound mixer, so in this video I’m going to take a look a the Sennheiser AVX system and how it compares to the Rode Film Maker kit.

I’ve been using the Rode Film Maker kit as my go-to wireless system for about two years now and I’ve been very happy with it. The only thing that bothers me is the size, it’s big and bulky. 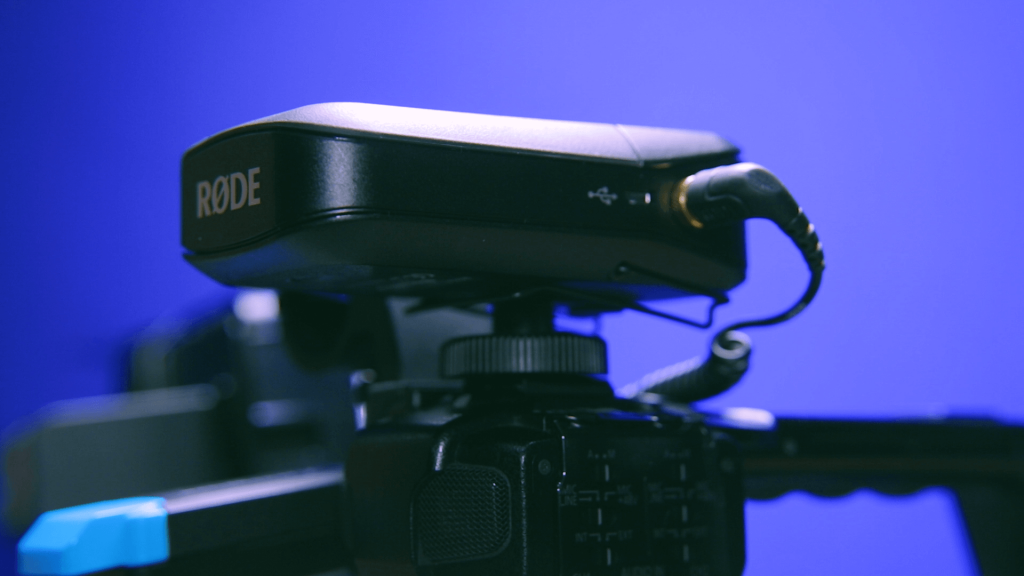 Right off the bat The Sennheiser AVX system is smaller and has a much higher build quality. The size is particularly handy because if you’re attaching the transmitter to the talent, you don’t feel like you are stuffing a box into their pocket which I often feel like with the Rode. 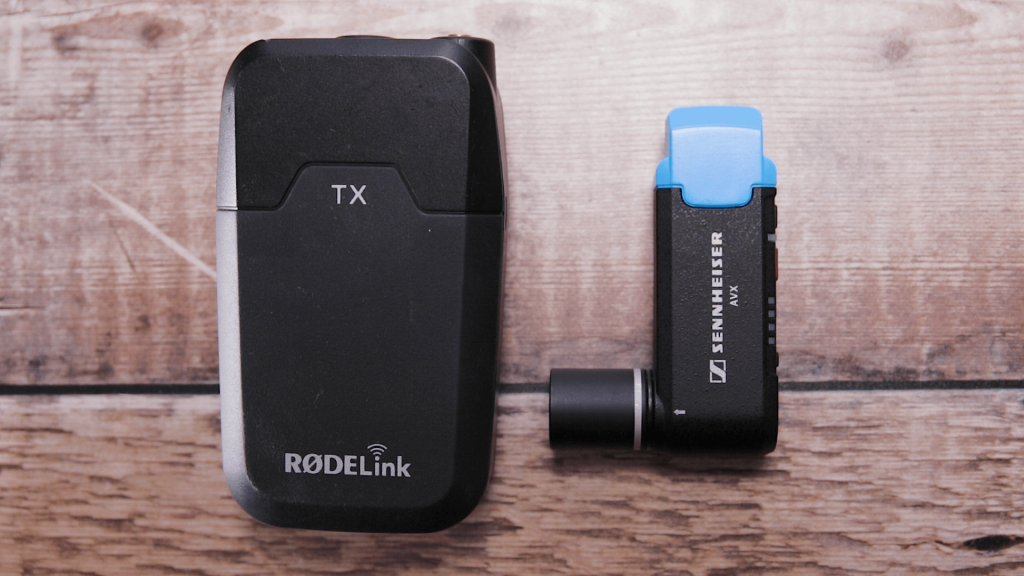 Both have a 3.5mm mic jack input and both the me2 and rode lav come with a lock so that they don’t detach from the transmitter. Both can be powered by micro USB and with the AVX this is how you charge their preparatory batteries whereas the Rode uses double a batteries – which I think is much more convenient and more cost effective.

Both the AVX and Rode Filmmaker Kit are digital wireless systems, with the Rode operating on the 2.4GHZ spectrum which is where most Wi-Fi networks are, whereas the AVX offers an additional level of AES security making it more secure. I can’t show you any clips from a Wi-Fi heavy environment but I’ve not had a problem with either system on multiple shoots recently.

Both the AVX and Rode are extremely easy to use from setting them up and pairing them.

The Rode was designed for use with DSLR and mirrorless cameras so comes with a hot shoe whereas the AVX was meant for XLR ports although a 3.5mm to xlr came is available – I just didn’t hire one for this test.

As the Rode takes up a hot shoe mount, mounting two of them onto a camera does make it bulkier and heavier whereas the AVX can be rotated 360 degrees to fit comfortably in the xlr port and not get in the way and I love this feature. 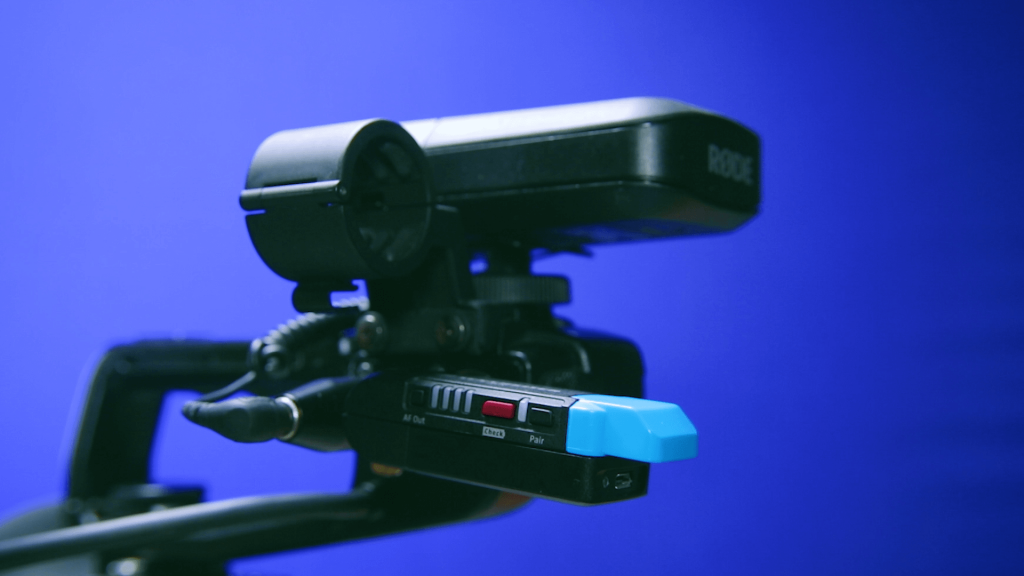 The Rode was designed especially for DSLR and mirrorless cameras and as such comes with a plus 10 and plus 20db function to allow it to do the hard work instead of the DSLR’s preamp which are generally very poor.

Its a great function but not normally necessary for use with camcorders like the C100 or FS5. 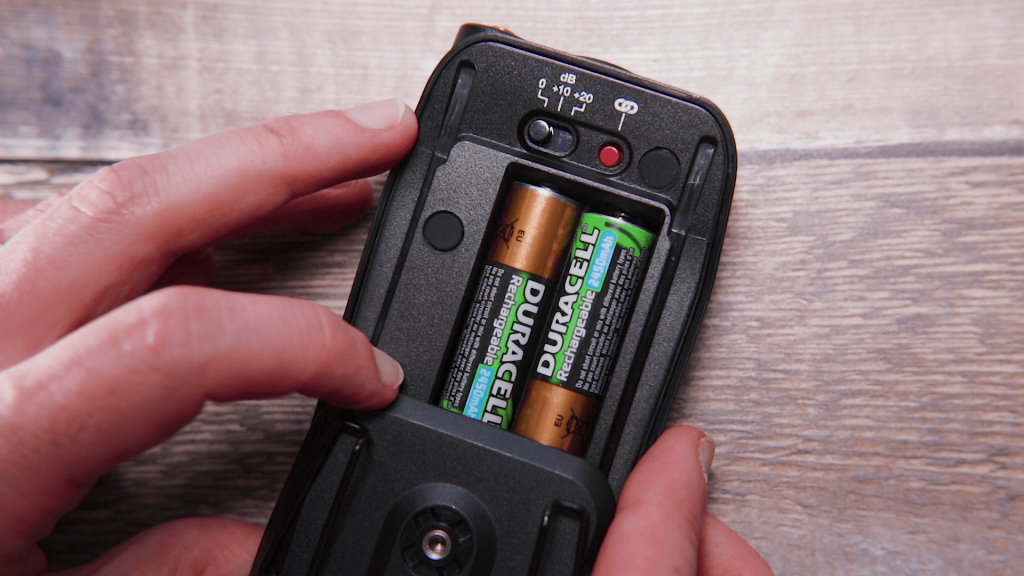 The AVX, on the other hand, has a feature which in essence expands the dynamic range of the unit by preventing clipping should someone start talking loudly or bring them up when they are speaking quietly. Its very handy and nothing like the auto gain feature of older cameras and microphones that used to strike fear into sound recordists.

I doubt you would be disappointed with either system as both are very good at what they do and if size is your worry then go for the AVX but if you’re concerned about price you can get 2 filmmaker kits for the price of 1 AVX kit, you’ll just need to remember to get the XLR adapter for it.