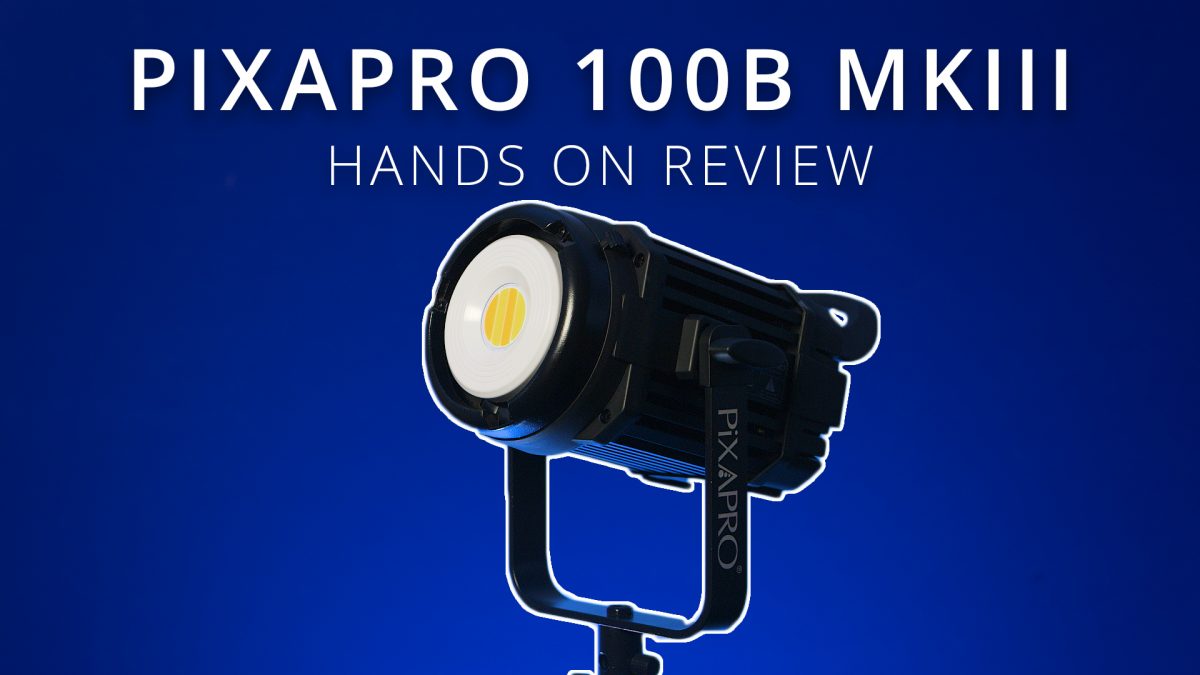 This light is in direct competition with the 120 D Mark II from Aputure and I think it offers quite a bit more for your money. 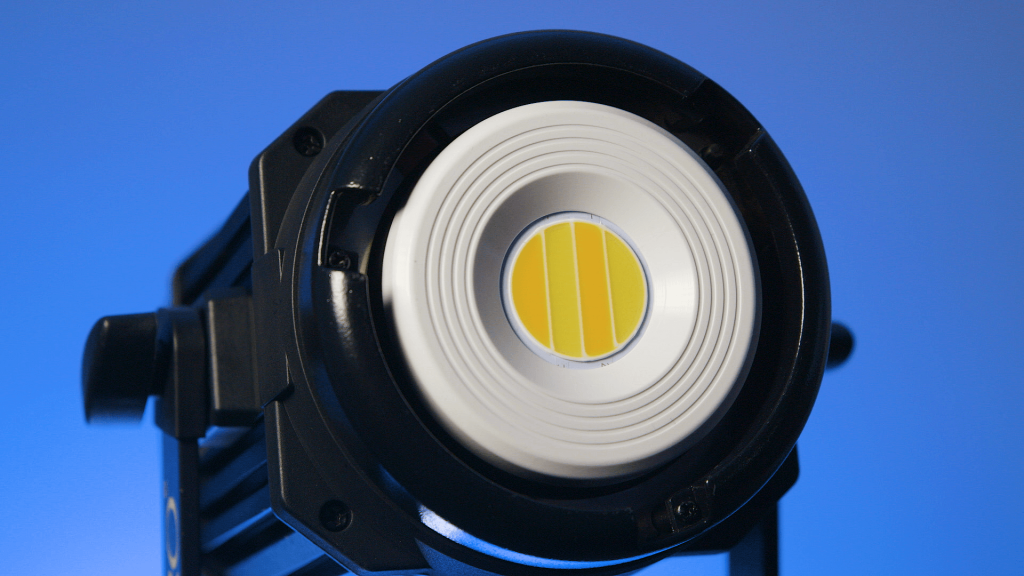 It can be powered by an AC adaptor or with a v Mount battery and it lasts about 1 hour on full power with a 130 watt-hour V-mount battery.

The light is dimmable from 100% down to 10% and has 4 memory buttons which have pre-programmed colour temperatures and brightness levels which are all very useful if you don’t want to cycle through every single colour temperature to find the one you are looking for. 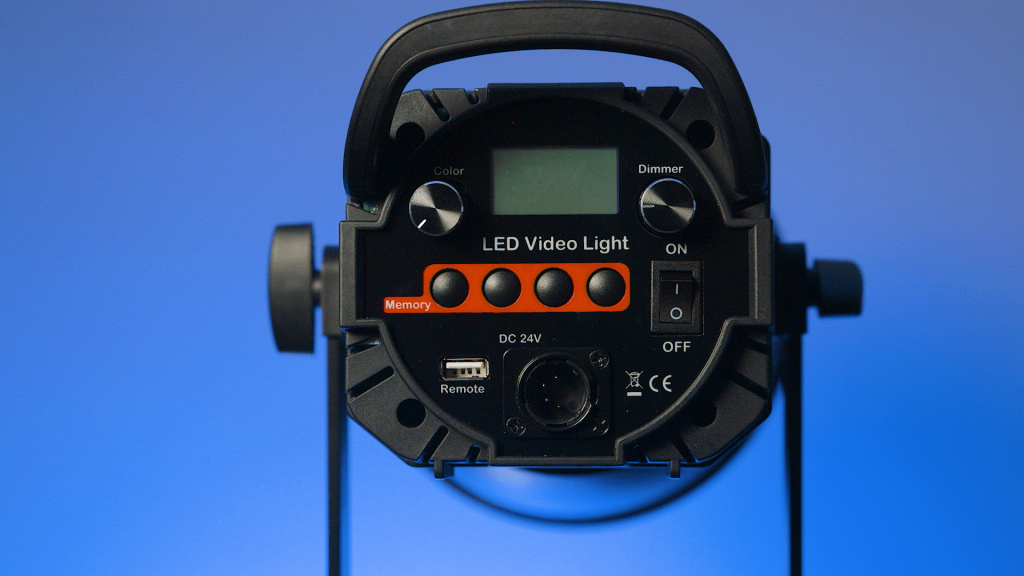 The two biggest benefits of this light are that it has a TLCI and a CRI of 95 plus and a nearly silent fan. It is a good deal quieter than the previous generation and unless you have a microphone all right up against the unit you are never going to hear the fan.

For mounting it has a Bowens mount and an umbrella yoke so you can use a huge variety of softboxes, beauty dishes and other accessories with this light, making it just as versatile, if not more versatile than the 120 D fromAputure.

It’s all well and good talk about the specs of a light and how well built it is, but unless you put it through its paces, you don’t know how it will perform.

My work is predominantly in corporate video production and so for me, the 100B Mark III lends itself perfectly towards the interview set up.

In this first example, this is my previous lighting setup for an interview using a VNIX 1500s, also from Pixapro, with a softbox and grid as a key light and Lenno 256B as a 3/4 backlight. 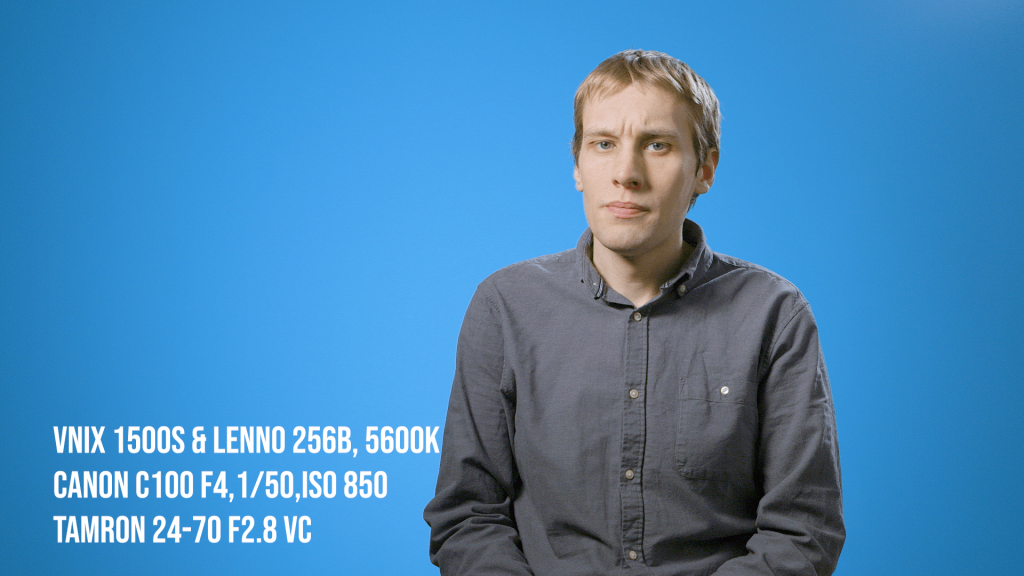 I’ve always had a slight dislike for this setup, and it is only a small niggle, is that I’ve always wanted to have a slightly softer key light. Now I could do this by adding a scrim in front of the light but this is just another stand and another piece of equipment breakdown at the end of the shoot.

Now with the 100b Mark III, I can use a larger softbox with a double layer of diffusion and a grid to control the spill to give me a much softer key which is going to work much better for my needs when interviewing people on camera. 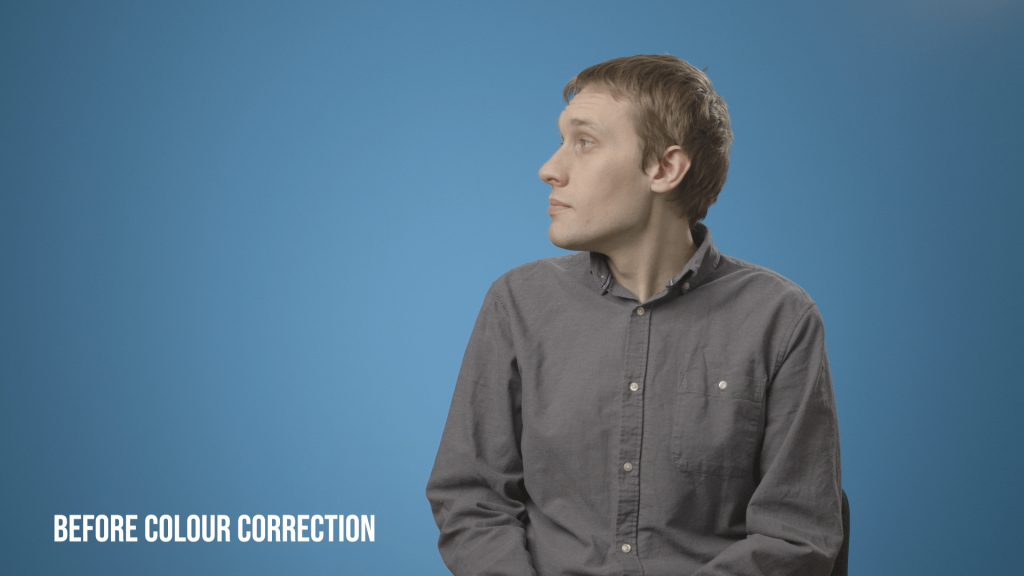 The second example is using this light for capturing b-roll in an office environment. Offices traditionally have terrible lighting usually with a horrible green cast this is because they are using cheaper bulbs or cheaper lighting fixtures. What I want to do is mitigate the damage and shape the light for the b roll I am capturing.

For this setup, I am using the 100 be Mark III with an umbrella to give an even spread of light to the subject. It means I can be easily mobile when I’m working in an office which is usually quite small and I’m using a v-mount battery so I’m not karting around a large softbox or a power cable. 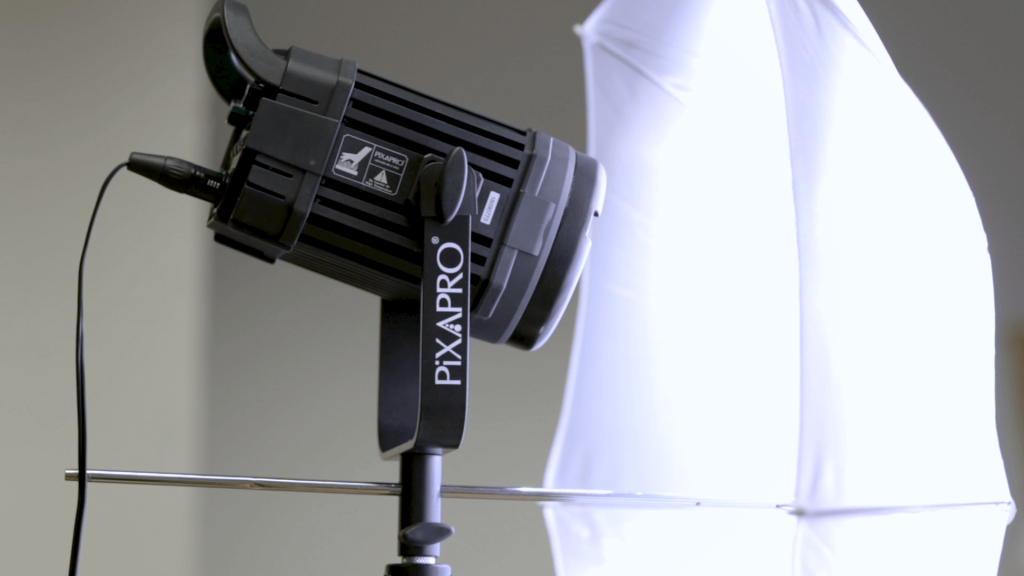 Of course, I can go even smaller with some diffusion paper mounted to a 7-inch reflector for an even smaller footprint.

I would traditionally have used my Lenno 256B for this setup with some diffusion paper but with the 100 B Mark III, I get the added benefit of an increase in power and colour accuracy.

There are a whole host of other applications that the 100B Mark  III can be used for such as comma recreating window light, portrait photography, product photography, lighting Talent outside, creating highly dramatic scenes using gels, or even slow-motion filming.

The led 100B Mark III from Pixapro is an incredibly good value light that is extremely colour accurate, packs a punch and works straight out of the box.

It would be great if this light came with a battery adaptor instead of having to buy that separately but this adaptor is very reasonably priced.

If you’re someone like me who was looking at the 120 D from Aputure, you may want to think again as the 100B Mark III from Pixapro has it both matched and beaten in almost every lighting scenario I can think of. To see some more of the differences between the 100B MK III and the Aputure 120D Mark II, Pixapro have you covered in their own blog.