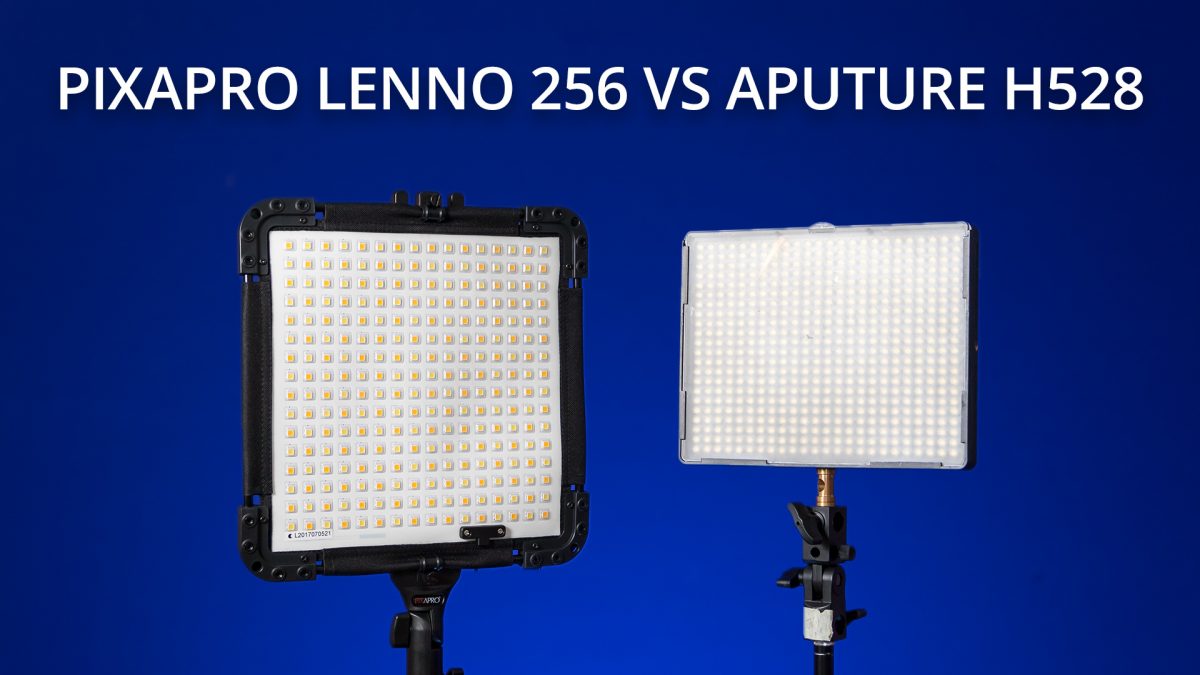 I’ve been using the VNIX 1500s panels from Pixapro for about a year now and I love them They have a really great colour rendition, they are really powerful and combined with a softbox produce really beautiful lighting for video production.

The only issue with them is that they are quite large panels to transport to and from locations such as when using them at corporate events or in low key situations. Up until recently, I’ve been using the Aperture AL-528 panels and I’ve been getting more and more unhappy with them the more filming that I do. They also aren’t the sturdiest of lights. What did I need?

I was looking for a lightweight LED panel that I could take anywhere with me with good colour output that could be used in a tight space.

I came across the LENNO 256 from Pixapro and went to The Photography Show earlier in March to check them out. I really liked what I saw and very nearly got two to take home with me but ended up going off to a talk with Hannah Couzens and completely forgot to go back and get them.

Then a couple of weeks ago, Pixapro reached out to me and asked if I would like to review the LENNO 256 panels to see how they would perform for my corporate work.

In this video, I break down how it compares to my Aputure AL-528 panels.

The Lenno 256 is a flexible LED panel with LED chips rather than bulbs so they are very robust and don’t output hardly any heat. The Al-528 has bulbs and is an all-plastic construction and while slightly smaller, about the size of an iPad, it feels a bit flimsy and cheaply made.

The Lenno has a detachable control unit and it can be powered via AC or DC through Sony NPF batteries with a battery indicator. The AL-528 has both of these power options as well but the AL-528 has the ability to charge the batteries whilst plugged in. This has been life-saving on quite a few occasions! Both lights are also dimmable down to 10%. 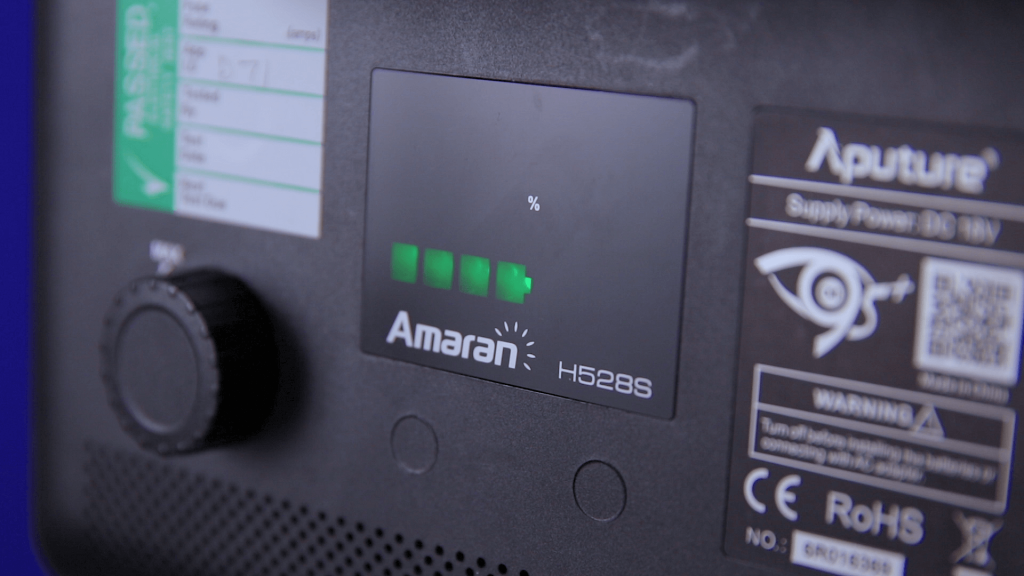 The main selling point of the Lenno 256 is that it can be placed anywhere – behind a shelf, in a fridge or in a car. The possibilities are endless! Although, I do wish that the cable that connects the light to the control unit was a little bit longer to pen up even more possibilities for hiding this light on set. 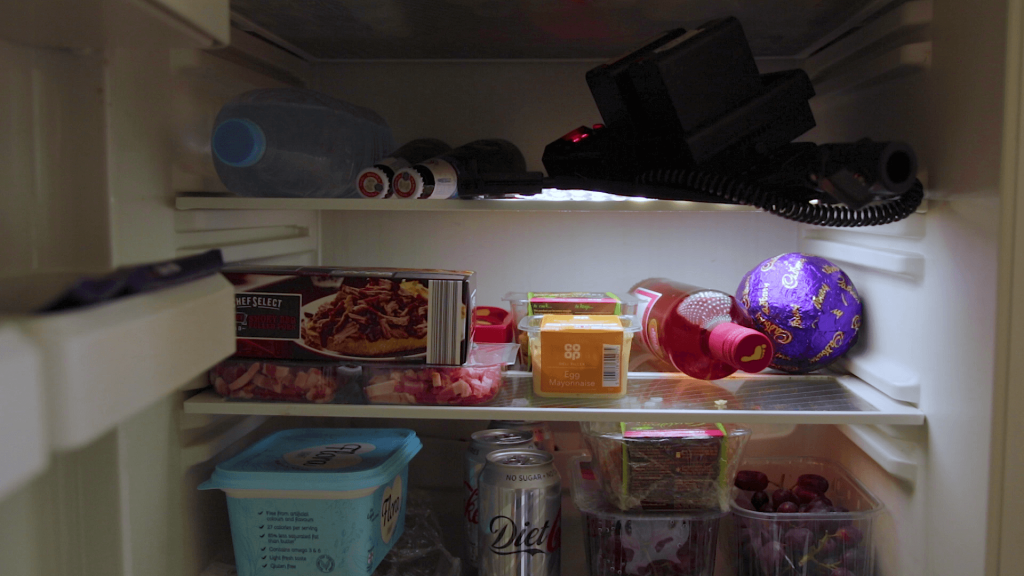 Realistically though, I’m not going to be using the light like this. Instead, my primary use for it would be as a portable interview light when I’m doing corporate events where I have to be mobile.

The bicolour version, the Lenno 256B means that I can adjust to any lighting temperature between 3200K and 5600K which is going to be very handy when filming in offices. The majority of offices I come across have strip lighting which is anywhere between 3600K and 4500K. I’ll never be able to completely remove the green cast, even with a custom white balance but this does go a long way to help.

Both lights are rated at 95 CRI but there is a clear winner in my eyes. The AL-528 produces a muddy yellow wash whereas the Lenno 256 is giving a very natural look (I am actually a pasty mess and not jaundiced!). 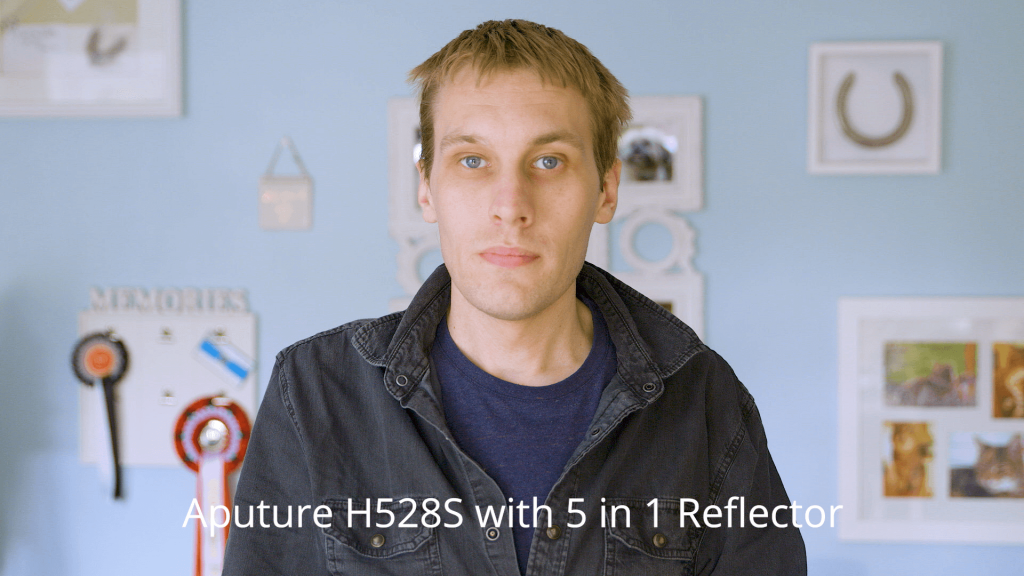 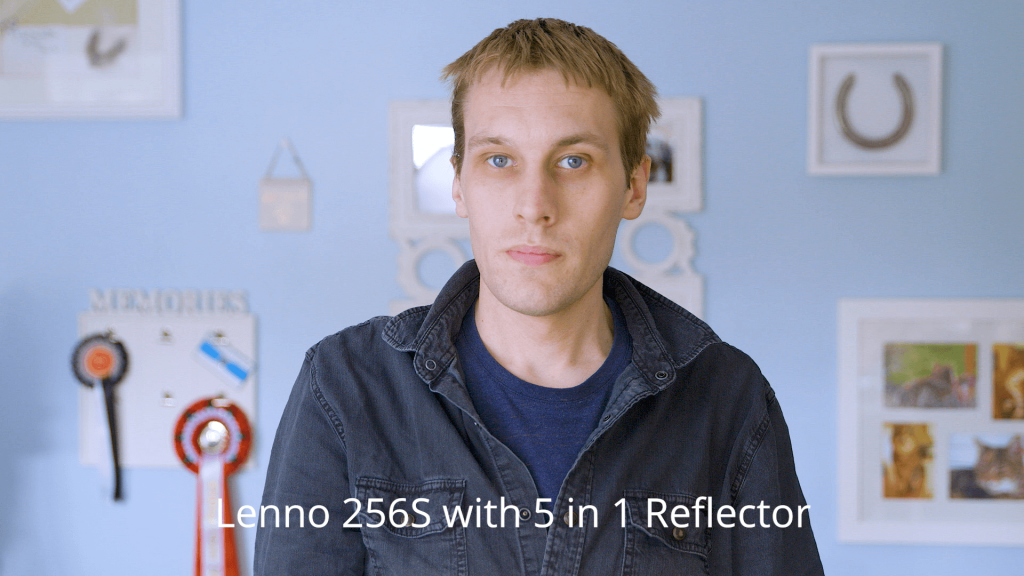 The Lenno 256 doesn’t come with any way to diffuse the light so you’ll need to either throw on some diffusion paper or a scrim. There is an inflatable softbox available for it but I’ve not tried it out. As I would be using this light with a minimal amount of gear, I would be fine just putting 1 stop of diffusion on there and run with it. The Aputure AL-528 does have some good accessories with the best one being the EZ-Box softbox and grid which really does soften the light more so than diffusion paper and the grid makes it especially helpful when you want to control a hair light from spilling everywhere. I have really enjoyed using the Lenno 256 recently and it is very versatile. My preference if I have to choose between the Lenno 256B and the 256S is the 256B which is the bi-colour version because it’s so helpful in mixed lighting situations. Also, it has the same LUX output as the daylight version so you don’t sacrifice power for mixed lighting.

The answer is no but it has definitely changed where it sits in my kit bag and where I’m going to use it from now on. I can only really see using it as a hair light or as a background light on a floor stand with a gel because of the lower colour accuracy of the light. That muddy yellow look is something I’ve fought in the edit for a long time and now I can move on from it.