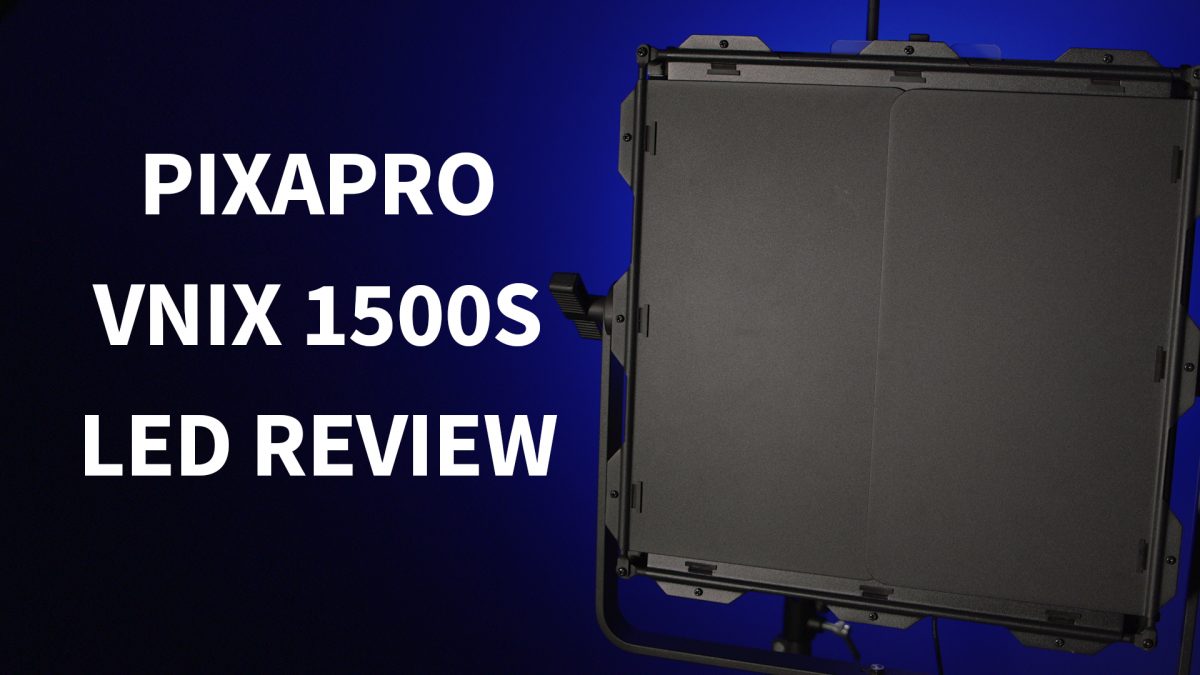 LED lighting really has come on leaps and bounds in the last 5 years and its pretty much overtaken the world of corporate video production and lots of independent productions are taking advantage of them. Really it seems like every other day another new LED panel is released.

One company which has really picked up its game is Aputure. I own an H528S and 2 H198S Led Panels and they are great little lights which are really ergonomical and produce a brilliant light with a CRI 95.

But if you live in England like I do then getting a hold of Aputure lights has become much more difficult. Especially getting the LS1S (thanks Brexit for that one).

So when I was looking for an alternative to the LS1S as I had pretty much given up hope, I came across the VNIX 1500S from Pixapro who are a Birmingham based company. A company which my father-in-law has bought products from in the past for his photographic work and which I have always admired the quality of.

On paper, the VNIX 1500S is almost identical to the Aputure LS1S and is about half the price. However I don’t think I was comprimising on quality at all.

Look at the specs below.

In essence I really like this light and is a staple of my lighting kit and I want to add another one to my kit. While I can’t add things like Bowens softboxes to them (if you want that feature look at Pixapro’s 100D MKII) I can add umbrellas and scrims to them and they are pretty light weight and have brilliant colour rendering.

They have CTO gel which slots in to give you a rough 3200K (its either 3200 or 3500 according to my C100) but it does in a pinch. If I wanted more control I would’ve got the bi-colour ones but I have a shed load of gels and I didn’t want to suddenly put them in the cupboard of lost equipment (its a big cupboard).

You can get the Pixapro VNIX 1500S from Essential Photo.

Subscribe to my blog so I can bring you more videos every month!

Pixapro at The Photography Show 2019