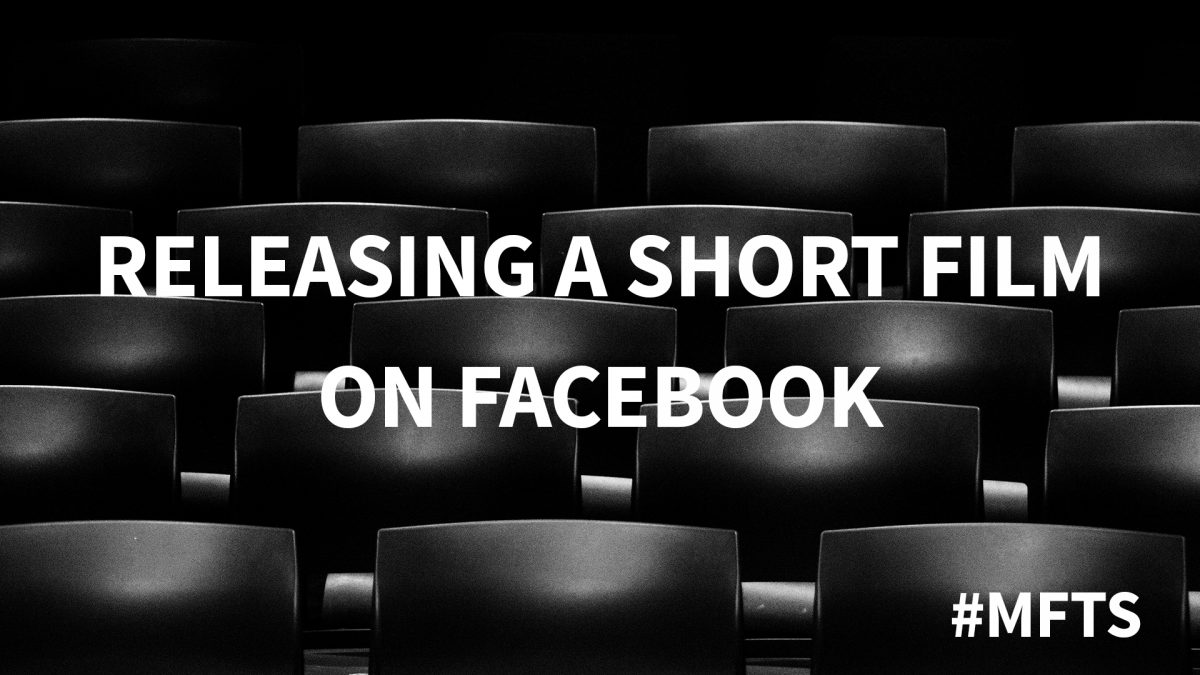 There are plenty of routes to go down when it comes to releasing a short film or any film for that matter. So why did I choose to release my latest short film ‘Go With Him’ on Facebook over another platform?

The director and I Chris Billingham both make films for a living. While they are corporate productions mostly, we both like what we do and don’t have any inclination to change that. When it comes to our narrative work, we prefer to make films that are light-hearted and that can be enjoyed by our friends and family. Its an outlet for us.

Go With Him is our second short film together after ‘I Did’. I took the step back from directing to concentrate on being a DOP, Producer and Editor. This made so much sense because Chris is an actor’s director. It is his script and he knows it the best.

Our goal with this film was to present it to the world as is. We didn’t really want to do a massive festival campaign that we did for our last short film as, in all honesty, we don’t have the time to properly dedicate to it. Marketing the film would be word of mouth as much as possible, or in our case, word of Facebook.

Facebook has invested an absolute tonne into video and it’s clear that video is going to be a major player in this platform going forward no matter what.

This meant if we were going to use Facebook to advertise our film, why shouldn’t it be on Facebook?

YouTube is a great platform but neither Chris or I have a large following on YouTube and to be successful on YouTube these days, you need that following. Also, YouTube videos are penalized on Facebook and pushed lower down the newsfeeds. The best analogy I’ve heard for this is walking into Burger King and asking for a McDonald’s Happy Meal. They are two different platforms and you need to commit to one or the other to make it work.

Vimeo, however, is integrated far better with festival submission sites such as Withoutabox and FilmFreeway so there is a lot of merit for using Vimeo for festivals, but not for general release.

This is probably the biggest aspect of what drove Chris and me to release the film natively on Facebook. Cost. It’s free to do so and more importantly, we’re not making any money from it. Which for us is perfectly fine.

Well, everyone who works on these little projects with us all volunteer their time for us. They want to make these films because again for them, its a creative outlet. We all have our own full-time jobs and careers that pay the bills. If we wanted to make money out of this then we would’ve had to stump up considerably more than we did to get it going and financially that’s just not possible. All the costumes & props were free or the actors wore their own (the wedding dress, veil, bouquet and pin were my wife’s from our own wedding), the location was provided by one of the actor’s and everything else from kit to promo materials I provided because I own all of my own kit and its what I do for a living.

To then say, “by the way, we’re putting this online behind a paywall and then not paying anyone a penny of it” would be lunacy.

Of course, by releasing the film online first means that it will indeed be ineligible for submission to some festivals. But by no means does this mean all festivals. It simply means that I can’t submit to festivals who state that they want films which haven’t been released.

Does this narrow how many I can apply to? Yes, it does but at the same time, budget narrows it down far more than festival T&C’s. The festivals that I have submitted ‘Go With Him’ to don’t require a DCP or to be only released after festival submissions.

The best thing about releasing a short film on Facebook is that Facebook loves video and it got the film in front of the audience we wanted to.

Our new film 'Go With Him' is here. Jack has kept a secret for a long time. Today he needs to tell someone. He could've picked a better day.

Go With Him: Production

Go With Him: Pre-Production

Cinematography of a Horror Film